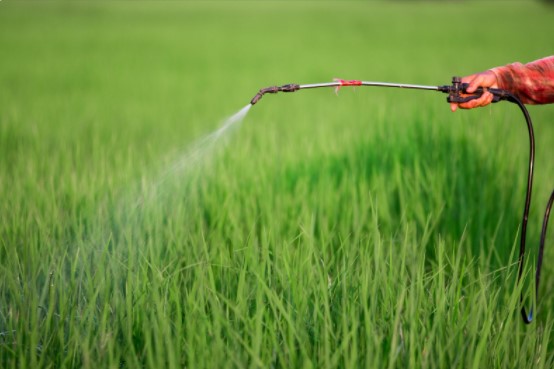 Keeping ourselves and our loved ones safe from toxic substances is paramount. Unfortunately, not all chemicals found in the market are safe. Although chemical pesticides offer effective and quicker results, they pose a huge threat to you and the environment.

Going green is the new slogan all over the world. As such, natural pesticides offer a safer alternative for pest control. Natural pesticides should, however, be used carefully since they also contain chemicals, although with a quick breakdown.

When it comes to pest control, you might get stuck on deciding the best method to deal with them. Should you go for natural or synthetic pesticides? The difference between the two is their mode of production and their active ingredients.

Natural pesticides occur naturally in the environment, either from plants, minerals, or microorganisms. Synthetic pesticides are cooked and produced in the laboratory by mixing various chemicals. Chemicals in natural pesticides are less toxic and break down quickly, unlike their synthetic counterparts. During application, the particles diffuse into the air, causing air pollution. They can sink into the soil affecting vital insects such as decomposers, or get washed away into water bodies resulting in water pollution.

Humans are not immune to the chemicals contained in synthetic pesticides. Some of the chemical compounds contained are irritating, corrosive, and can cause cancer. Inappropriate disposal will cause more harm when the chemicals find their way into water sources.

One major problem with synthetic chemicals is that they affect anything in their way. They do not deal with a specific pest but instead with anything and everything that comes their way. This means that you need to be very careful when applying such a pesticide for pest control. As much as you are after controlling the pests, take precautions not to harm beneficial organisms on your farm.

Microbial pesticides originate from fungi, algae, and bacteria which affect the pests by introducing a particular disease, limit reproduction or produce toxins. An excellent example of microbial pesticide is milky spore.

Biochemicals are sneaky and straightforward. When sprayed, they disrupt the mating habits of the pests, which then controls their population. Pheromone is a perfect example. It occurs naturally but can also be human-made.

Naturally occurring minerals like lime-sulfur and sulfur can be sprayed on the pests to control their breeding.

Botanical pesticides occur naturally in plants. They are very effective in flushing out flying insects, larvae, and grubs. Examples include pyrethrin, neem, nicotine, sabadilla, and rotenone. By using non chemical pesticides, you reduce the carbon footprint in the atmosphere. Natural pesticides are more friendly to the environment since the chemicals involved break down easily and quickly, unlike with chemical pesticides. This reduces the chances of pollution and contamination of soil and water bodies. They also have low toxicity levels. Most natural pesticides use plant or food-based oils as the active ingredient to keep away the pests.

The prolonged use of chemicals to control pests has led to the emergence of chemical tolerant species. With natural pesticides, pests are less likely to develop any tolerance, thus offer a longer-lasting effect. Botanical pesticides have numerous insecticidal ingredients that make it impossible for the pests to develop any resistance. Most natural pesticides occur naturally, thus reducing their production cost, unlike their counterparts, which will require huge production costs. These costs are then imposed on you as the end consumer.

When carrying out pest control, it is best to use natural pesticides as they are eco-friendly, offer longer-lasting results, and are cheap since they are naturally found.